On our recent “escape winter” trip we flew through Singapore. It was our cheapest option to and from south east Asia and had decent options to the region. We decided to spend a few days to recover from jetlag and explore the city. It was my first time in the city that Ali called “Asia Lite”. Given what I saw on the rest of the trip, it does have a ring of truth. Here are some of the sights and impressions of being in the city on a really extended layover.

Eating is one of the basic human needs. Singapore has you covered though. There was plenty of food around in all different types. 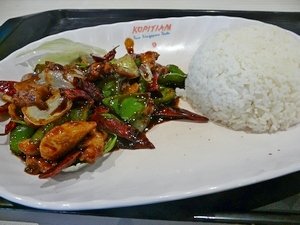 Hawker markets are awesome. Imagine them as food courts, but awesome. We went to a large one on the edge of Little India (on Lavender Street near the corner of Jln Besar) our first night and it was pretty wild. First, there was the wonder of being in a new place added to jetlag. A hawker center is a wide open space of tables surrounded by booths with each their own menu. The drinks are from a central stand. The next day we went to a modern indoor one right at the Lavender Metro stop. Same idea, but inside with windows instead of open to the outdoors.

We wandered by a bunch of places called “Food Center” that looked very similar. This is definitely the way to eat cheap in Singapore.

Greasy. Seriously, I had no idea how much oil the food would be cooked in. It all sloshes around nicely in a wok, but only because it is swimming in oil. Add some sauces and whatever deep fried thing you want and it goes up from there. That said it was tasty. And spicy in places too. Rice comes with a lot of things, though not everything. Rice dishes seemed more common than noodle ones.

We saw a number of Subway sandwich places, a Wendy’s and even a Chili’s while in Singapore. While I am used to seeing McDonald’s all over the place when traveling the rest surprised me. And yes we indulged. Sometimes travel is about just being happy and if going into a place you remember from high school just to forget that you are on the other end of the world, then so be it.

Um… mostly modern. Skyscrapers abound and new shiny malls with plenty of escalators too. In some parts away from the center of downtown it did feel a bit smaller, but Singapore definitely feels like a big city with big arching architecture. 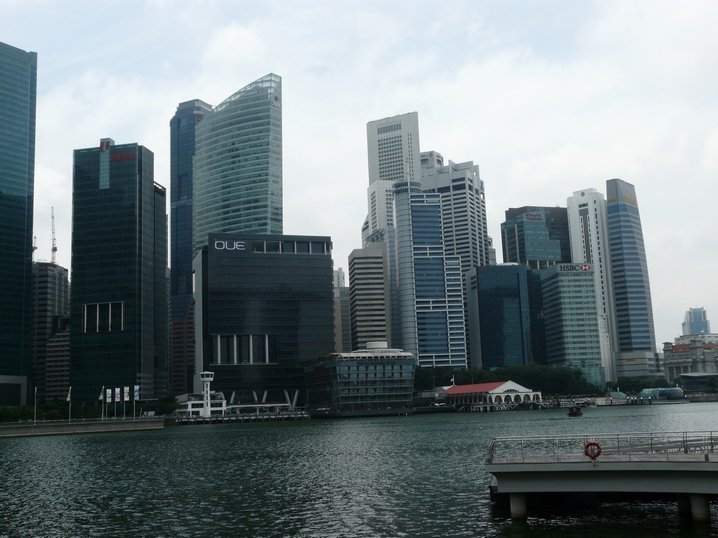 Excellent. The metro system is nicely air conditioned and perfectly clean (it is Singapore). The tickets were pretty cheap and coming in from the airport we found out that there is a tourist card for about 10SGD a day on average over three days. This made being on the transport great.

The metro lines are fast, but a bit far apart in places. There is a bus system is more extensive, but I had a hard time figuring out which bus went exactly where.

Singapore is modern and flashy. It feels like New York city has been slightly theme-parkized and built in Asia. If you want to experience this for yourselves go walk through the Bayfront area. It is dominated by an ENORMOUS Bay Sands hotel that is visible from a lot of downtown (we had a view of it from our place in China Town). 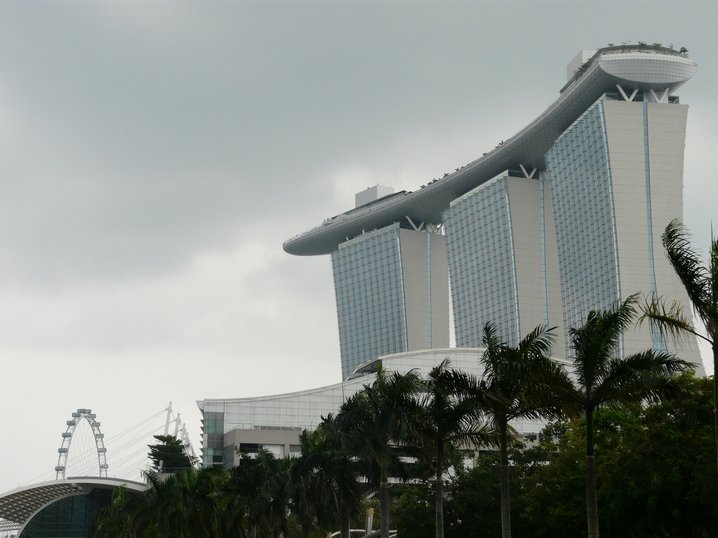 Underneath is a mall to walk through that advertises an indoor skating rink among other things. We needed something to do, so headed out to wander around and stumbled upon it. The coolest thing was the swirling water fountain out front. It swished around and drained into a pool below complete with gondoliers. So maybe it is less like New York and more like Las Vegas, or an odd mix of both. The mall is worth a walk through, but everything seemed so expensive I wouldn’t recommend much else. 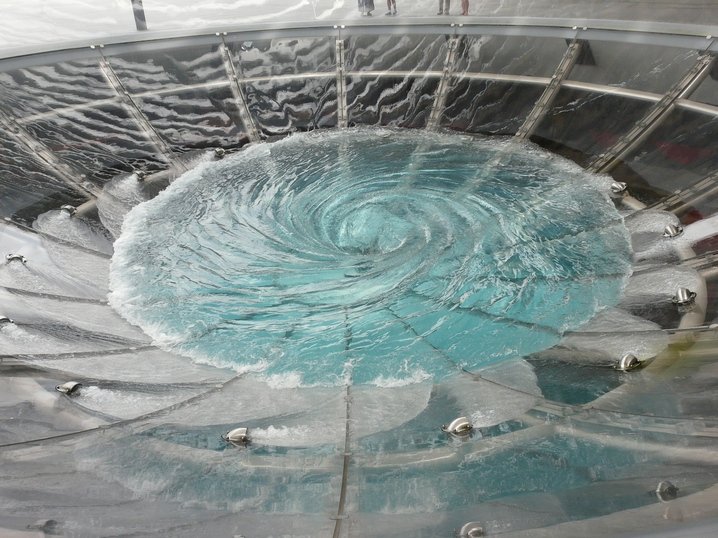 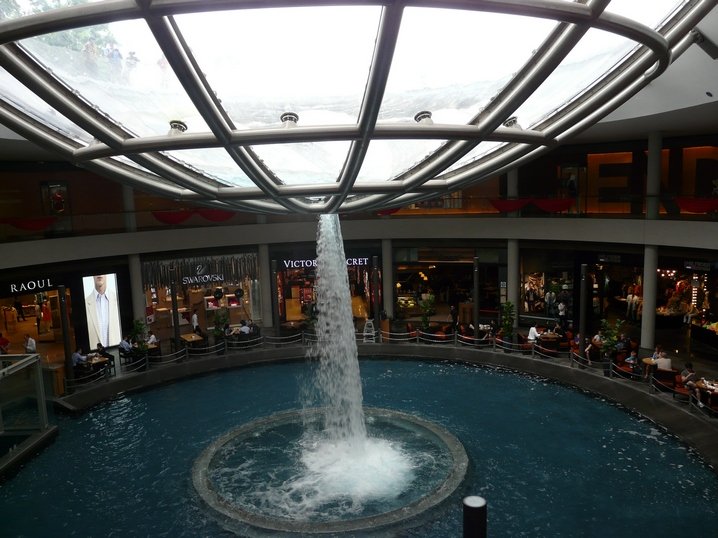 The mall is between a large botanical garden and a museum shaped like a giant flower. Across the way is the symbolic Ferris wheel and to get there you go through a artistic spiral bridge. This is kind of a whacky area for the jetlagged traveler, but worth to see that side of the city.

Everything is written in English, Chinese, Hindi (we thought) and Malay. Most of the stores seemed to be English and Chinese and almost everyone we talked to spoke decent enough English to help us. 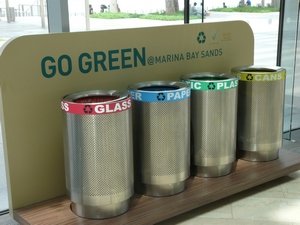 Ali originally explained Singapore as Asia Lite. I now understand why. It is definitely Asian. The food has those flavors and the bustle of the higher density is there.

It is a cleaner more organized version of it all though. People speak English and traffic is constrained by lights and lane markers. Streets are paved and transport is excellent. Singapore is anything but off the beaten track, but it did give me a good step into what the region was like, although in a slightly theme parkish way.

These are my impressions of the place walking around with jetlag fog and just enjoying being somewhere warm. We didn’t do a whole more than just hanging out down town, but we did hit up the Night Safari.

As a warning though, accommodation is very expensive here. If you stay to the hawker centers though, food is quite cheap to help balance it.

Celcus Library : Living Up to the Hype Why You Should Stay in Selcuk When Visiting Ephesus