Most cities are natural to take photos of horizontally. They spread out wide. I like to challenge the normal views of things, so decided to look at a city through a more vertical eye. Here are some photos of Dubrovnik looking at the vertical aspects of that city. 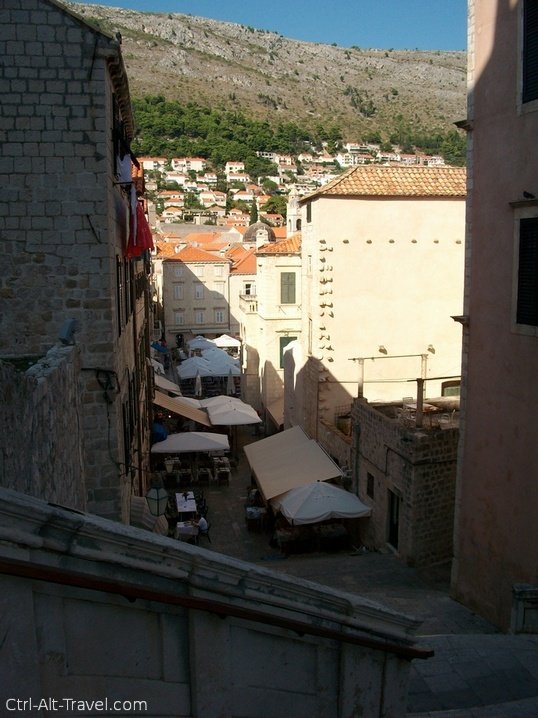 Stairs are nearly always a vertical

Although we didn’t walk around the top of city walls, we did walk up one of the many staircases to get a view down onto the city from above. Dubrovnik is a bit of a bowl shaped, with the edges higher than the center. Looking down you can see the layers. The mountains above, the few trees followed by the houses on the far side of the city, then the little mushroom forest of awnings that huddle around the main street ready to serve tourists and finally the empty stairs that lead up to us. 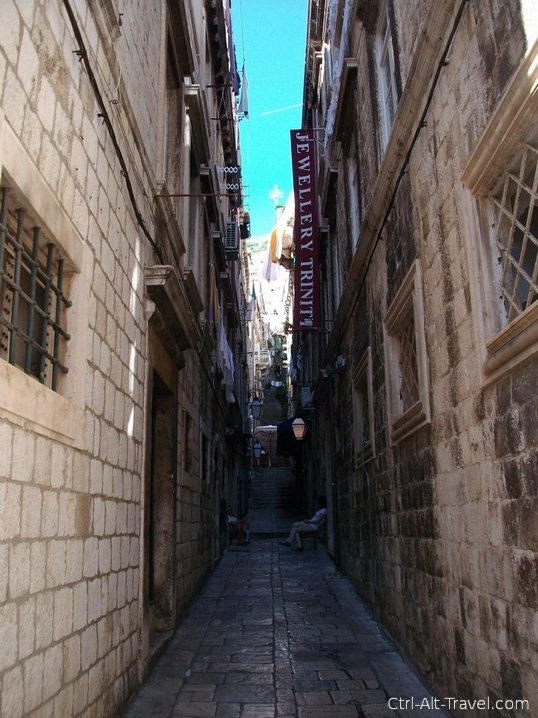 Even things like alleys that are mostly long by nature can be seen vertically. The stairs in the distance and the sign hanging down draw the eye up. I love how the strip of sky is echoed in the lines in the cobblestones. This was taken during the day when hardly anyone is out. These alley fill with tourists drinking at night.

Check out those Towers

Towers are the elements of a city that are naturally seen in the vertical. And I guess I could have bucked the trend and pulled out a landscape picture of this tower, but I won’t. I like how there are small bits of a city that are inherently vertical. This clock tower reaches into the clear blue Croatian sky. The clock itself was really unusual. Below the normal round dial, there are two windows that show the time in roman numerals.

Dubrovnik was one of the highlights of my Croatia tour. Yes it is touristy, but for a good reason. It is a fascinating place to walk around. And despite still being wide like a normal city, there were a lot of vertical aspects.