City of Carcassonne At Night

I travel a lot like a 12 year old. I like castles and cool stuff. I also really like board games. Carcassonne is one of the first board games I ever bought. It is based on the walled city of Carcassonne in southern France. When Ali and I started planning a trip to Barcelona, it was tantalizingly close across the Pyrenees. Long story short we made it to see the cool walled city.

During our visit though, it was however dreadfully hot. Daytime was nearly unbearable, but night time was ok. Still very warm, but ok. Carcassonne city at night is a neat and yet still fanciful site. Unfortunately made so by modern flood lights, so although totally awesome, not quite so authentic. 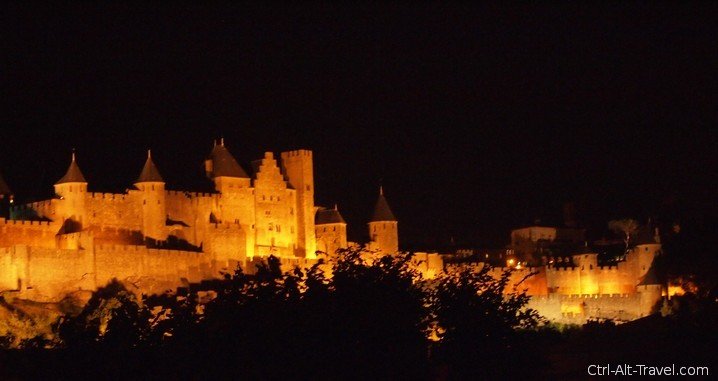 The city has two outer walls that extend around the medieval city. These pictures are of the stretch of the double wall near the main gate. We went to the keep museum as well. Apparently most of the city was in ruins until the Victorian times since the medieval age and was restored in the 1800s. The exhibits of the archeology trying to figure out exactly what it looked like at any one year was pretty neat. 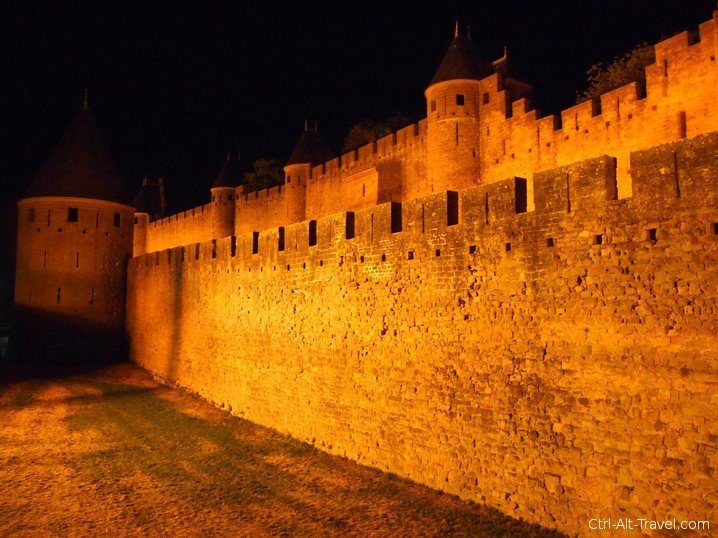 This view is of the main gate to the city. At night though it takes on a pretty cool hue. The double tower leads into the center of the restored city. There souvenirs fight for space with restaurants and ice cream places. Despite which the windy narrow alleys and frequent views of the enclosing wall do help make it feel like a medieval city despite the modernity around.

My 12 year old travel personality was happy wandering around at night in Carcassone after the hot sun went down. Especially walking back down the hill to our hotel looking back up at this walled city highlighted on the hill. The city is well worth a visit and worth staying the night to see Carcassonne at night.