Ios is an island of the Cyclades island chain in the Aegean sea in Greece. I went as a part of a week long sailing trip a few years ago. It was the first stop for us after we left Santorini and is mostly known for its party scene. Though none of the four of us were really into partying and it was late enough in the season that most of the clubs were winding down and closing anyway. It was a beautiful place to walk around through as my second taste of Greek island life.

Our Goal was the Church on the Top 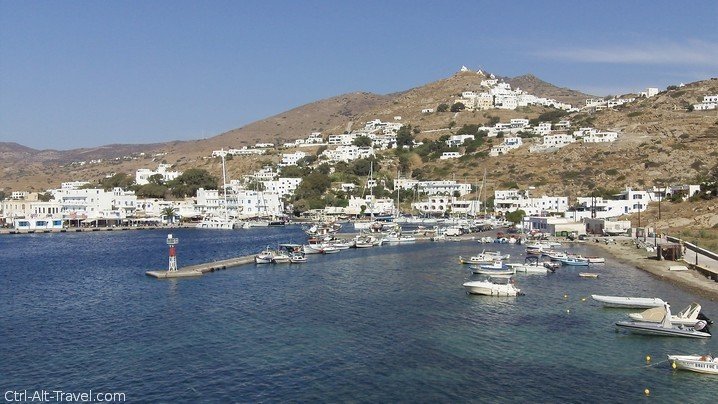 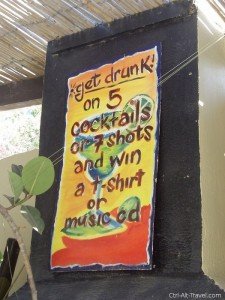 The way the schedule of sailing worked, we arrived at Ios in time for a quick lunch before things shut down for the afternoon. Little did we know, this would become the pattern of the week. The timing meant not much was open or really going on, but we had several hours of free time and it made no sense not to explore. So the other guy on our trip and I decided to go for a walk. We saw a chapel way up on the hill and decided that was our goal.

There are two sections to the town. There is the port area at the seaside and a town up on the hill. We decided to walk up the hill ourselves during the heat of the day, only later learning that there is a bus line. Ios town is pretty cute and pretty confusing. The white washed walls and blue doors all look similar even if you do have a map. Even the cats were asleep as we wandered in the town, happy for the shady streets in the heat.

We did finally make it to the top for views of the island and the harbor below. Not to mention some great vistas of the sea. The classic blue domes on the churches were all over Ios. It really was worth the climb and the multiple times getting lost to go to the top of the island.

When we came back up for dinner, the town looked much different. Things are more active in the warm nights and people are out in the squares. We talked to a shop keeper a bit about the life here. She was from England and talked about the schedule of staying up all night and sleeping during the day during the tourist season.

I can recommend the Lord Byron bar. It sounds like a fully non-Greek place, but it was good local style food, if I can judge from the menu. I had something I never saw again in Greece. I don’t even remember what it is called, but it was scrambled eggs in tomato sauce with feta cheese crumbled on top. It was tasty.

Great despite its reputation

So even if this place is known for clubs and partying and all that goes with that on a Greek Island, I enjoyed it. I am not so much into that scene, but walking around was fun. Another thing I didn’t quite understand at that part of the trip, but it was so nice to have a little town around the harbor area. In Ios there was a nice market right at the docks and restaurants around with no walking. Later in the trip we ended up at docks away from town.

So even if you are not into partying or it is late in the season, Ios is worth a stop on your Cyclades trip.