Kotor, Montenegro – Nestled in the Mountains

Kotor, Montenegro is a small city on the bay of Kotor in Montenegro. I was on a week cruise along the Croatian coast and while we were in Dubrovnik, we had the chance to do a day-trip to Montenegro. I have never been much of a list checker, but going to another country sounded neat. Kotor was our first city stop and it was amazing to see. The UNESCO listed old town is nestled amongst the steep mountains leading into the bay. Everywhere you look, the sense of the mountains is there. 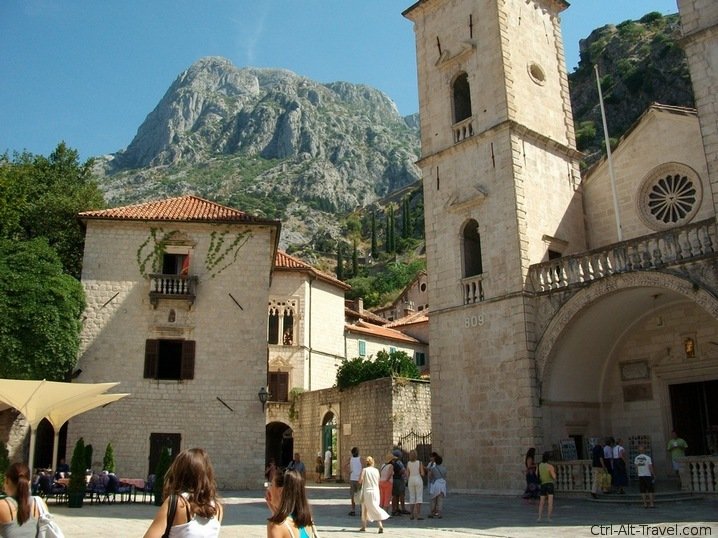 One of the most well known buildings of the town is the cathedral called Sveti Tripun. Even here in the depths of the medieval urbanness, the mountains behind loom large. Several squares and a network of side streets make up the old town. The Cathedral anchors one of the largest squares. 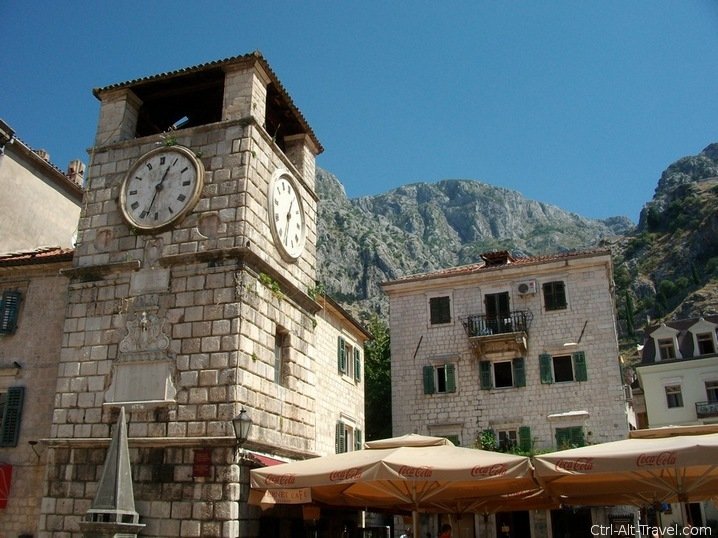 Near the front gate was my favorite view. I quite like the more mundane aspects of a city, postboxes and doors are often more interesting than the grand buildings to me. A clock tower is similar in that it is more of a sign of commerce and daily life. Here the clocktower is also framed by the soaring hills behind it.

I loved the little winding streets, so I definitely recommend taking time in Kotor to wander. We were there in August and although the views are spectacular, the shadows of the side streets and cafes were cooling.

Heading out back to our bus, I got this shot down the marketplace. Again the mountains are there. The old medieval market stalls have been replaced with modern vendors, but the memories are there. I like this picture as you can see the buildings way up top on the left and a faint line which is the extension of the city walls up to them. The town is not just next to the mountains, but attached to them, dependent on them.

The city has a bit of a touristic feel. Despite which, the walls and buildings are in good repair and it is a pleasure to walk around. I don’t know if I would say this is off-the-beaten track, especially as there was a massive cruise ship in the harbor and a large parking lot full of buses,. I can imagine though, it is mainly filled with day trippers like us and could be quite peaceful in the evening. Definitely wouldn’t mind going back.

Cradled By A River

One side of the old town of Kotor is bounded by a river. The intact city walls, which it is also known for, show themselves well here. From this angle you can also see the walls that lead up the sides of the terraced mountains. They surround the city even on high. Although on a bay at sea level, the town of Kotor seems to thrive under the mountains, between water and stone.