In another symbol of me traveling like a 12 year old, I wanted to see the Amsterdam zoo called Artis Royal Zoo. Ali had some museum urges and doesn’t really like zoos, so I went on my own. It was a fun morning despite the hordes of schoolchildren.

The Artis Zoo in Amsterdam is one of the oldest in Europe (founded in 1838) and the first in the Netherlands.  Although the park is small as zoos go, it had a vast array of animals on display. It was well worth the visit. 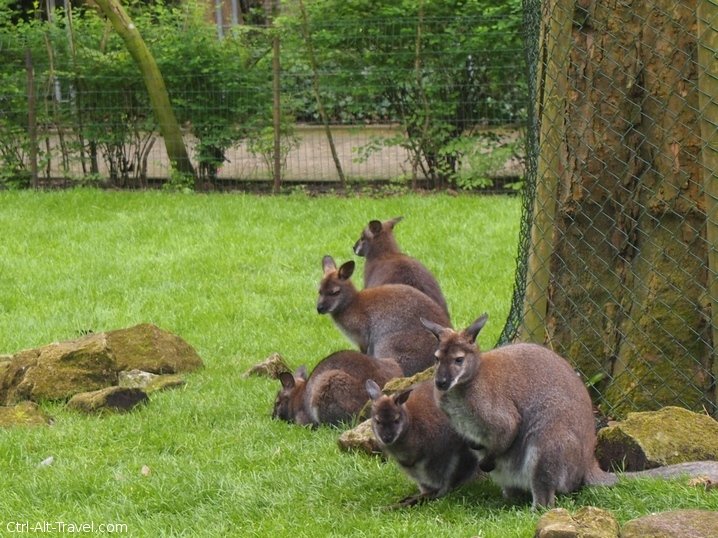 Immense Diversity For Such a Small Zoo

I was impressed by the diversity of Artis, but this is one of their things. I saw the biodeversity idea presented in a few different places in the park and on the brochures. It was pretty impressive to see the number of different types of animals in such a small place. There were animals that even I had never seen before. Some I had not even ever heard of before. And yet there were plenty of “old favorites” around as well.

In addition to the more wild “exotic” animals, they had an enclosure for bison and one for vultures. These are the kind of animal that doesn’t strike me as an immediate crowd pleaser, but was nice to see. 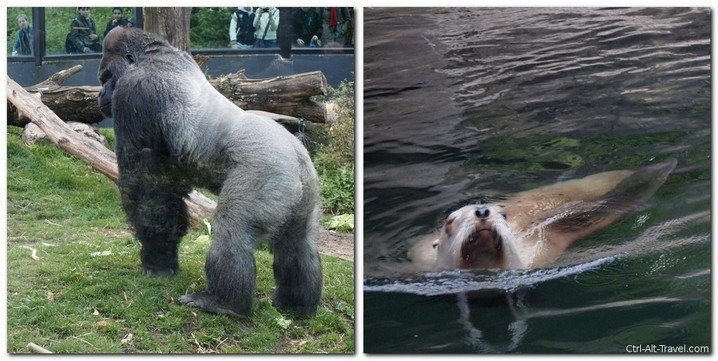 In addition to the open air environments, the Artis Royal Zoo has a number of pavilions where you can see animals inside in glass enclosures. I walked through the Reptile House very quickly, but lingered a while in the Small Mammal House. This is pretty much the house of the small cute furry things, so was a lot of fun.

My favorite was an animal I had never even heard of before. A Common Gundi, which is a furry desert dweller of a very small swath of North Africa. According to the info panel, they hide when it gets too hot and can squish their bodies flat enough to get between rocks. The day I was there, they were all huddling on top of each other while a newly born Gundi was running around.

On a small island in the middle of a pond was what Artis called Lemur World. On the island the lemurs were let out and were climbing in trees above your head. No bars, windows or fence between you and the furry guys. Only the (well signposted) fear of the sharp teeth and claws prevented you from reaching out to stroke their fur as they scamper past.

This was a neat thing to be so close to the animals. They had a house to retreat from the stress of being out with the humans as well. In one backroom, there was even a mother and newly born baby lemur playing around. Signs indicated that Artis had several types of Lemurs at the zoo, but I only saw the red and black ones on my day there.

Like an indoor version of the Lemur World, they had a few interactive environments inside. One such was the Forest House with monkeys, bats and even a lizard in the background. You go through some sliding doors into a steamy jungle environment. Though, like Lemur World you can stand on the path and see the animals scampering about with no bars or cages. Watchful Artis employees are there to keep the animals safe and answer questions.

The day that I went to Artis was apparently field trip day as well. As I entered the gates, so did at least 5 classes full of small children. So they were running around at the same time as I was in the zoo. The park is big enough that I didn’t feel overwhelmed thankfully, but I did get to experience a bit of the wonder of the children (despite them all screaming in dutch).

The oddest form of this came up in the aquarium house of Artis. The building had 1881 as a year on the outside and was a stately building with a few darkened rooms full of aquariums of different habitats. One level was a slice of a coral reef with all of the colorful fish you can imagine. I heard several groups of kids all shouting “Nemo” upon seeing the lone clown fish swimming about amongst the rest. Ahh, yes. Movies spark imagination, don’t they. I do hope at least some of the kids actually get inspired enough by the actual animals to have a career in helping them.

The bottom level of the aquarium had a display of an Amsterdam canal. Thankfully the panels were in English as well as Dutch. They described the environment of a canal and how the wildlife are taken care of within. The placard talks about how clean water from the bay is pumped through the canals up to four times a week in the summer to flush out the old water and how debris boats clean the canals of larger objects and trash.

It was an interesting display to see what kinds of fish survive amongst the human activities of the city.

Cost: At the time I went entrance for an adult was €19.50. I also bought a map for €2, which the lady at the ticket counter said went to support the new elephant house. I am glad I got the map. Without it, I would have been more lost. There are plenty of direction poles, but it was nice to see what was out there and plot a path to the animals I wanted to see.

Opening Time: The park opens at 9am and closes at 5pm (6pm from April to October). I spent a little over 2 hours there and felt like I saw most of it. I didn’t see every enclosure and was moving fairly fast. So if you have kids with short legs or want to “do it right” think about spending more time.

Getting There: The Artis website has a good description on their site here. It definitely is accessible by public transport and not too far of a walk from the center of Amsterdam as well.