Ephesus is one of the great sites in Turkey. The pictures of the Celsius Library are world famous. I really enjoyed it, but from the crowds we saw and the buses in the parking lot, it seems mostly to be a stop on a cross country tour or a daytrip from somewhere else. The town nearest to Ephesus is Selcuk and it was fabulous. We spent two nights there and enjoyed the quiet evening streets. 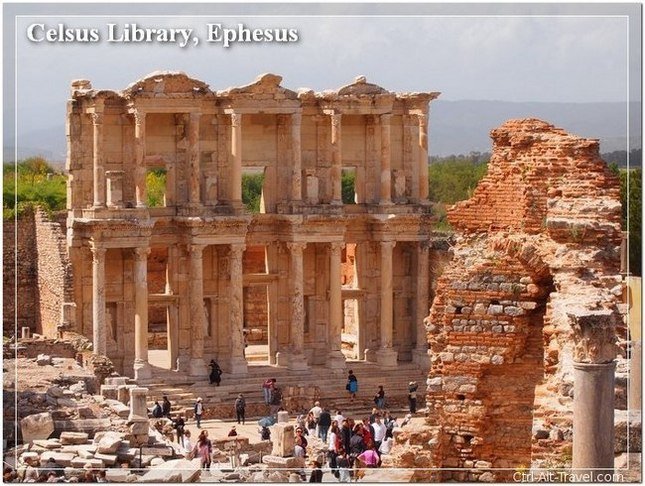 You took a daytrip from where?

It astonishes me how fast people travel these days. How far people go to get a brief view of some site before moving on to the next. Or even worse, how much time is spent on buses versus actually seeing things. We saw one advertisement for an Ephesus daytrip from Istanbul! They flew you into Izmir and then bussed you the hour or so to Ephesus for a few hours then back up to the airport for a flight home. I find it amazing that something like that is even possible, but it sounds far from pleasant.

The typical daytrip source to Ephesus seems to be cruise ships from nearby Kusadasi. Though I can imagine that Selcuk gets a number of buses that stop. This has the benefit that the city definitely has a number of restaurants in the center of the pedestrian district and a decent tourist infrastructure, but not much of a crowd that we saw. 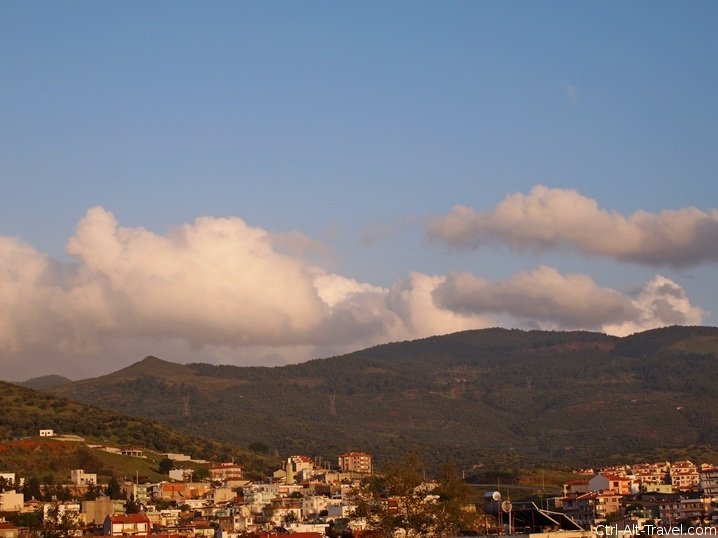 A Restful and Yet Central Place

We stayed in a hotel for 2 nights in April. Both nights, the city was quiet and restful in the evening. And yet the restaurant had a sign saying they were open 24 hours.

For a smallish town, Selcuk felt well connected. There was a train station that had hourly connections to Izmir and its airport there. The dolmus parking lot was full of minivans heading all over the place, including to nearby Ephesus. We even got a direct bus to Denizli from there.

And Yet More Sights

If you are not ruined out, the overlooked town of Selcuk also had sights of its own to offer. The hill overlooking town has the ruins of a Basilica said to be the resting place of Apostle Paul. Although closed when we were there in 2012, further up the hill is a castle.

Ephesus was a worthy site to see. Thing is, Selcuk was pretty cool too. And given the crush of people and heat at the sites, it was nice to be able to come back to town and a hotel, instead of having to get onto a bus headed somewhere else. Staying in the area of the big site can mean you have your own control. You can choose to take as long as you want wandering a place and not need to get back at a bus at 5pm to be off to the next stop.

We enjoyed our time in Selcuk even with the speed of the trip. I would not have wanted to skip this visit.

Impressions of Singapore Amphitheater in Ephesus