When you enter the Ephesus site from the lower entrance, the first big site that comes into view is the Amphitheater. It is so big that you have to walk a bit before you can actually enter it.

It is amazing to me how little the concept of a theater or amphitheater has changed in several thousand years. Although completely made of stone and falling into ruins in places, this one is roughly the same shape as a modern Theater in the Park style thing is. 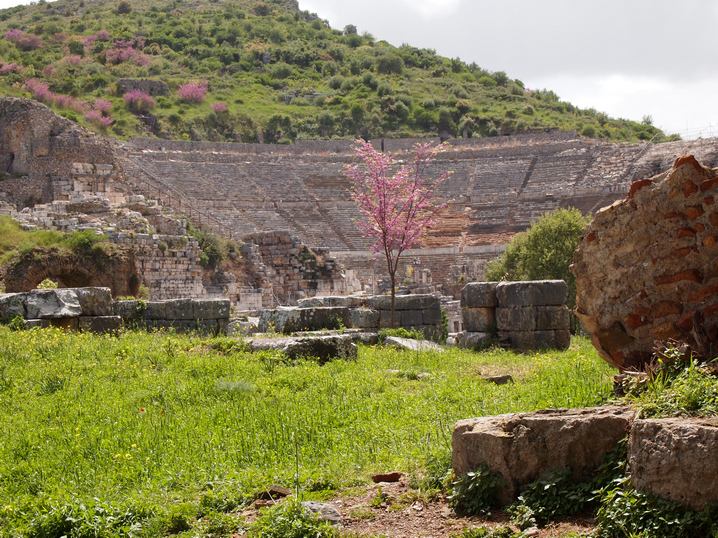 We sat on the stone benches for a while watching people and tour groups go through. It was neat to have a few minutes here and there to sit in the big bowl alone. It was also neat to overhear snippets of various group tours. Apparently they used to hold concerts in the Amphitheater even in modern time. I heard one tour guide mention Sting. This was stopped because the vibrations was causing damage to the site. Good for them.

I love to notice little details as we travel. In ruins like this I often can’t tell what is original and what is added later, but I was impressed to see “anti-slip” cuts in the marble of the ramp heading into the theater. 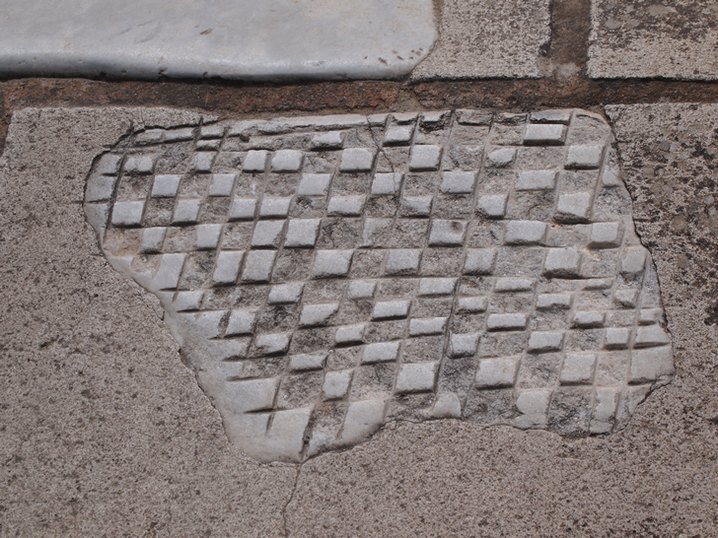 The floor of the stage is laid with marble tiles that look clean enough to be new. Behind them is a set of pillars that enclosed the “theater works” at the time. Actors could pop out and scenery could be exchanged from behind curtains.

It is remarkably preserved (or restored more likely) for being so old, but it was a nice place to sit. We had a little bit of breeze to cool the heat and with a bit of imagination could definitely think of being there for a play in the ancient era.

Why You Should Stay in Selcuk When Visiting Ephesus Venice : City of Fantasy and Illusion